Hyoyeon advances to the finals of Dancing With The Stars II

On July 13th, Hyoyeon, along with her partner Kim Hyungsuk, danced her way through the semi-finals of MBC's Dancing With The Stars II. Avoiding elimination, the duo was two pairs out of three to successfully make it into the finals, which will be broadcast live next week. 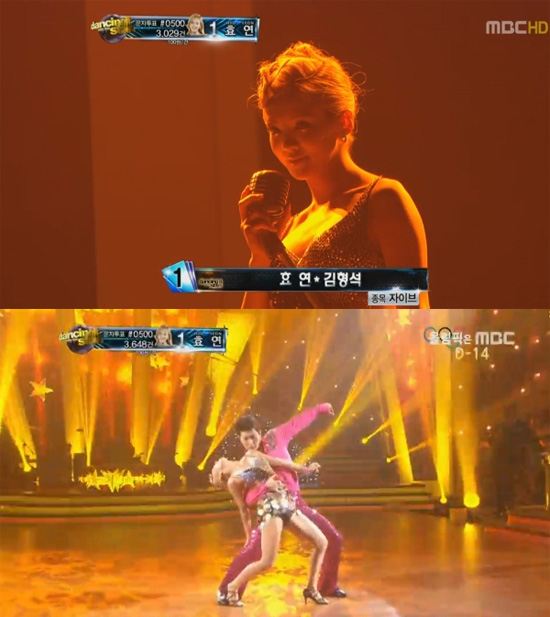 In the semi-finals, contestants were required to perform two dances. Hyoyeon and Hyungsuk's first performance was to Rock & Roll Music! by The Beatles, in which the pair managed to obtain nine, nine, and ten points from the judges, a near perfect score of 28 out of 30. Hyoyeon was the first contestant to receive a ten from the judges in the entire season.

Their second dance, Way Back Into Love by Hugh Grant and Haley Bennett, featured a special guest, none other than Hyoyeon's labelmate, f(x)'s Luna, who sang the song live while Hyoyeon and her partner performed. The second performance was also praised by the judges, and the duo managed to earn nine, nine, and nine points, netting them an amazing score of 27 out of 30.

At the end of the show, Hyoyeon and Hyungsuk were announced as one of the pairs that would continue to the finals, competing against actress Choi Yeojin and her partner, professional dancer Park Jiwoo.